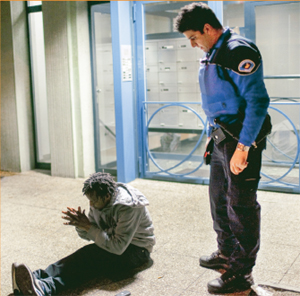 Social issues like crime, criminal justice reform, mass incarceration and policing
are very complex. The loudest voices often push simplistic solutions reflecting
their limited viewpoint, accomplishing nothing more than distorting the issues.
Whether progressive or conservative – the common feature of all these groups,
with a “tribal” mentality, is a response to complexity which denies all facts that do
not fit neatly into their myopic view.

Quick fixes are easy, but effective reform requires a difficult process which
includes: diversity of viewpoints reflecting the interests of every group
impacted, exhaustive fact finding with unbiased analysis, constructive
conflict with negotiation, and a time consuming period of trial and error.

Exposing some popular myths I have observed during my thirty years working
in the criminal justice system might be a good start. No doubt these observations
will touch a nerve with agencies and groups invested in their particular “sacred”
mythologies:

The recent mass subway shootings in New York City by a deranged individual named Frank R. James
highlights the results of “quick fix” solutions cities and state legislatures have enacted in
the wake of the infamous death of George Floyd. It is what often happens when politicians ride
a wave of popular outrage and emotion following some tragic event. It is obvious that America
incarcerates far too many young men, particularly young men of color.

So COURT DIVERSION programs, BAIL(elimination)REFORM, kinder-gentler PROSECUTORS, and more
LENIENT PAROLE OFFICERS are being sold as “solutions.” They are actually simplistic “quick fixes”
that avoid real underlying issues that cause more harm than good.

An example is New York’s new “Parole Reform” laws which seek to eliminate arrests of
parolees for mere “technical” violations. “Technical” sounds frivolous, trivial and unimportant.
It is, in fact, a legal term for the RULES FOR SAFE SUPERVISED RELEASE of inmate back
to the community. When I was a parole officer and discovered a parolee releasee was dealing drugs,
stealing, carrying a weapon, or threatening people, I got that individual off the street
before someone got hurt, often before police had the knowledge or authority to act.
These are the NOT SO TRIVIAL TECHNICAL VIOLATIONS OF PAROLE which are now
difficult, if not impossible for officers to enforce under our new parole “reform” legislation.

In addition to our misguided “War On Drugs,” mass incarceration has been fueled by
the decision several decades ago to CLOSE LONG TERM STATE PSYCHIATRIC HOSPITALS.
A terrific money saver in the short run. It was hailed as a progressive “humanitarian”
gesture in which hundreds of thousands of chronic mentally disabled patients would
be cared for in a wonderful community mental health system. Of course the price tag
for that was deemed far too high, so we rely on homeless shelters, jails, and prisons.
Police are now forced to do the work of psychiatric hospital staff, often with tragic results.

Based on his incoherent rants on You Tube and disorganized behavior a state psychiatric
hospital is where Frank James probably needed to be, if we still had them. Instead he was
regularly in and out of jail, will eleven known arrests in New York and New Jersey, and most
probably more arrests in other states. He will now end up in our only long term supervised
facility – prison.

Prison is where those who cannot compete in our intensely competitive society are
warehoused. There are no enrollment exams, admissions interviews, education
requirements or social skills needed for admission. The harsh reality is that given our
inadequate community services – the homeless and mentally ill who commit crimes
NEED TO BE INCARCERATED. For their safety and ours. Jail is the closest thing to
the state hospital system we dismantled. Less humane but secure, with a guarantee of
“three hots and a cot.” The irony is that our current mess is far more expensive than the
state hospital system we dismantled.

Buzzwords like COMMUNITY RE-INTEGRATION cannot hide the fact that most inmates
cannot “re-integrate” into a society they were NEVER A PART OF. Mental illness, illiteracy
(over 60% of incarcerated individuals are functionally illiterate) and/or chronic substance
addiction keep them outsiders. Our prison system has actually followed an unofficial
re-integration policy for decades, by paroling inmates back to the same high crime
neighborhoods, same streets, and same criminal peer groups they came from. With
no more education, training or rehabilitation than when they went to jail, they quickly
re-integrate back into “the streets.”

We could learn from our mistakes and re-establish the system of LONG TERM STATE
PSYCHIATRIC HOSPITALS, or make a major allocation of resources for an integrated
system of community services: psychiatric/educational/vocational/housing/rehabilitative.
Until this happens all “reforms” including court and prison diversion will simply increase
crime, and be doomed to fail.